Some Solace for Surviving Married Spouses... 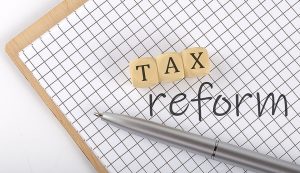 A recent update to our laws took effect on March 5, 2021, allowing for a spouse to receive a preferential share of the value of a home when a partner dies without a Will.  This is particularly significant with the value of homes exceeding $1.0MM in the Greater Toronto Area.

Under the Succession Law Reform Act, where a person dies without a Will, but with a “spouse” and children, the spouse is entitled to the “preferential share”, and ½ of the balance of the Estate if there is one child, or 1/3 of the balance if there is more than one child.

The provision applies to married spouses only, including married but separated spouses. However, other recent proposed amendments to the Succession Law Reform Act may change this. The proposed legislation provides that the intestacy rules that provide for a spouse do NOT apply if “the spouses are separated at the time of the person’s death”. “Separated” is defined as meaning either (i) they lived separate and apart for three years as a result of the breakdown of their marriage; (ii) they entered into an agreement that is a valid separation agreement; (iii) a court made an order settling their affairs arising from the breakdown of the marriage or (iv) a family arbitration award was made settling their affairs.  Further, there must have been no reconciliation: they must have been living separate and apart as a result of the breakdown at the time of death.

Read about more changes to the Succession Law Reform Act